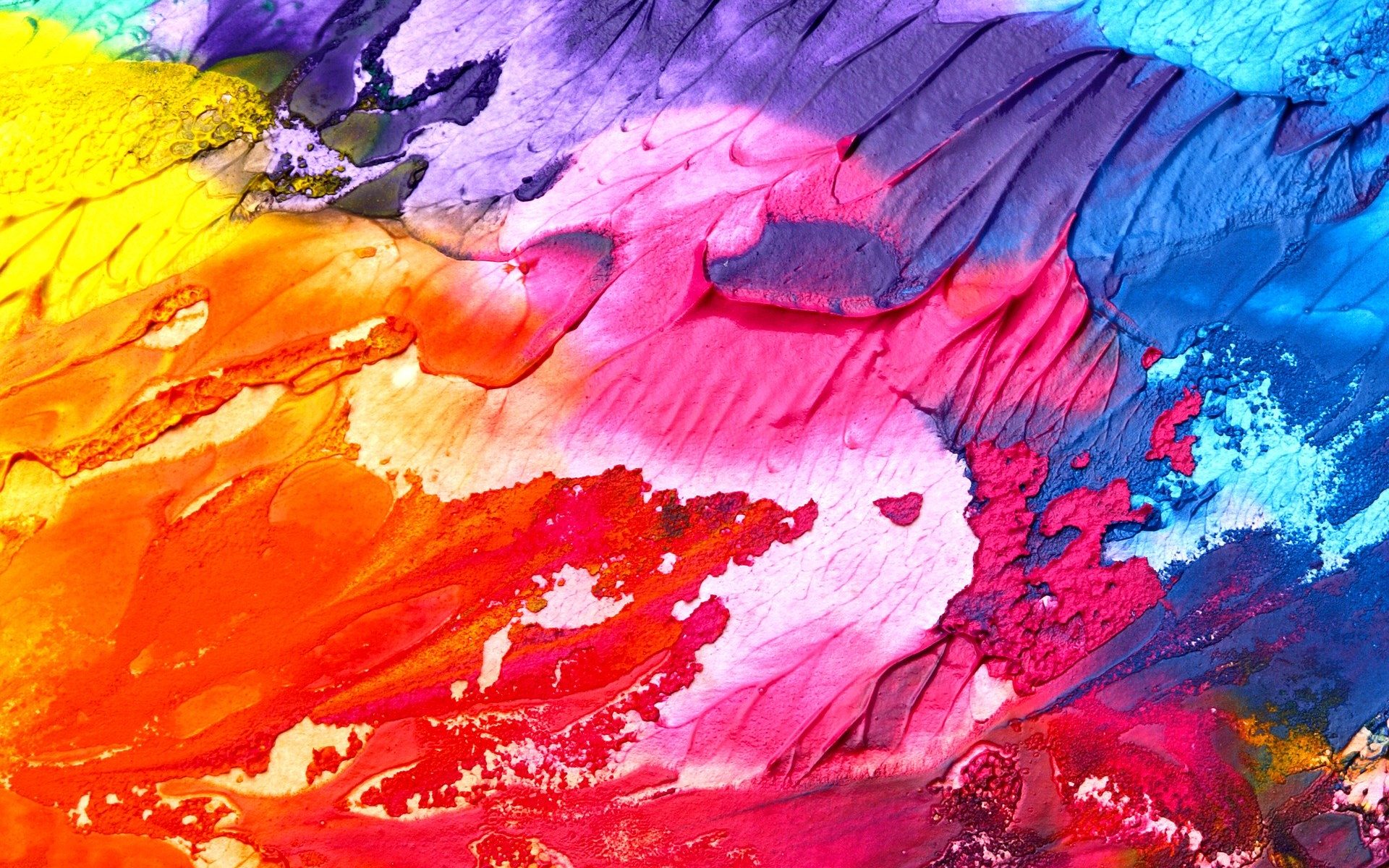 Image by garageband from Pixabay

The scope of art there is to be created and observed is hard to capture in any singular definition. The Oxford English Dictionary provides this one basic definition of art as, “skill in doing something, esp. as the result of knowledge or practice.” This definition is simple and fails to capture the magnitude of art. The OED provided another, broader definition as, “the expression or application of creative skill and imagination, typically in a visual form such as painting, drawing, or sculpture, producing works to be appreciated primarily for their beauty or emotional power.” Indeed, art is a form of expression which encompasses vast forms of work. These works are seen in pictures and texts as they greet us on book covers, paintings, photographs, and poems.

The etymology of art stems from Latin and encompasses a broad spectrum of what art came to be defined as. As told by the OED the etymology from its basic Latin root is: classical Latin arti- , ars professional, artistic, or technical skill, craftsmanship, artificial methods, human ingenuity, artificiality, crafty action, trick, stratagem, craftiness, guile, personal characteristic or quality, systematic body of knowledge and practical techniques, magic, one of the fine or liberal arts, profession, craft, trade, task, pursuit, artistic achievement or performance, artistic design or representation, work of art, device, contrivance, rules or principles of an art, treatise, method, system, procedure, principle of classification, in post-classical Latin also guild (from 1380 in British sources).

As the very first thing we see, covers are what draws potential readers in. It is said to not judge a book by its cover, but in reality everyone judges the book by what they see first. The cover can also allude to some aspect of the book luring the reader into it. The cover can show so much while also leaving so much to imagination which may force a person looking at the book to pick it up and read it. First impressions are important and the cover is the first impression of a book. The cover of a book says a lot about it and what the reader should expect while reading.

The keyword “art” is definitive of all the literature we read, in all styles, and carries over to the endless list of visual art forms there are to be observed. Literature as an artform has many faces and does not adhere to only great Shakespearean style dramas or poems. We see literature both as art and in art. Traditional forms of art such as drawing and painting are sometimes coupled with literature to create dramatic effect or emphasis. This emphasis is important to recognize and note when reading. Uses of visual art in text can often require research on the end of the reader to better understand the context and importance of a piece. As the saying goes, “a picture is worth a thousand words,” and so pictures included in literature may be looked at as very extensive footnotes.

The cover of Citizen by Claudia Rankine can tell a lot about the book based solely on what is shown. Citizen is a powerful piece of literature that explains the prejudice and violence toward African Americans. The cover shows a black hoodie but just the hood is present. It looks as though the hood was torn off of the rest of the sweatshirt and it is free standing on the white background. This representation shows the isolated violence that is perpetuated against people of color as the book primarily focuses on. The cover is absent of any colors besides black and white which signifies the issues of race. These details are all intentional and lend themselves to valuable interpretations.

The cover of Zong! by M. NourbeSe Philip relates a lot of information to the reader about the book without even saying a word.  Zong! by M. NourbeSe Philip is a book of poems that represent the lives of slaves on slave ships that would be given no representation or rememberance otherwise. The cover shows mainly black and white images with one red dot in the middle. The background shows waves which represents the story within the book and the slave ships. The ships that this violence occurred on was called the Zong, hence the name of the book. There is also a bone and where the joint would be there is a red circle with some sort of symbol inside. The bones represent the fact that the slaves were thrown overboard and they died at sea. The red can represent the violence and bloodshed that occurred during the historical actions of the Zong ship. The symbol in the middle of the red dot sort of looks like a z, which could represent the ship, without using the letter z blatantly. These aspects let the reader know a lot about the book before even beginning to read and once the book is read, the cover can provide details that were not seen before.

The covers of a book provide interest and entice  the reader before they even lay eyes on the words. The cover is just the beginning of a literary piece of art, such as a book. The words create a visual while using literary elements to expand art in a different way. The relationship between form and content is strengthened by visual aesthetics. The introductory art of the cover opens the doors for art found throughout the pages.

M. NourbeSe Philip took up the daunting and haunting task of making a work of art out of tragedy. Her poetry book Zong! dictates the ghostly retelling of the Zong massacre by way of found poetry. A “found poem” according to Merriam-Webster Dictionary is, “a poem consisting of words found in a nonpoetic context (such as a product label) and usually broken into lines that convey a verse rhythm.” Her poems were made from the reconstructed words of Gregson vs Gilbert, the public document concerning the legal case of the Zong massacre. Through careful reconstruction of the document she made poems that are as visually enticing as they are thought provoking. Found poems carry on the essence of “found object” art made popular by surrealist artists. Surrealism was created to disturb and disrupt its observers by forcing them to break from social norms and conventions. Philip’s poetry requires readers to break away from their typical reader norms and stream of consciousness a reader would typically experience.

This disruptive and deconstructive form of found art can serve to multiply literary meaning. As pictured above in Zong! #20  the visual aesthetics of the poem provoke curiosity. Philip uses anaphoras, “this necessity,” “this quantity” and the repeated use of “the” in the second stanza to lull the reader into some sense of stability. We see the closeness of the text and it allows the first half of the poem to be read coherently. This structure is destabilized at the end of the second stanza and the readers eyes are forced to follow and make patterns of the remaining words. These words are not as benign as the first two stanzas and we see the independence of words like “drowned” as more ominous in this position. The artistry of Philip’s work with words and space keeps readers on their toes and constantly constructing new ideas around how the lines interact.

The use of historical paintings in modern literature works to bring the reader to a moment captured in time and serves as a way to multiple meanings of the text. Traditional art styles, like Turner’s painting, are used to invoke emotion which can be used as a visual aid for readers. Turner’s painting is an impressionist representation about the gruesome events that took place on the Zong ship. This image appears, and reappears as a close-up, at the end of Citizen. Impressionist paintings, by definition, are made to leave a lasting impression. This painting acts as a vibrant visual reminder of the violence and horror surrounding Zong. Rankine uses a close up of the bottom left of the image, where white fish and chained body parts are seen floating in the water. The emphasis on the details in Turner’s work are used by Rankine to bring the viewer to pause and examine what is being expressed in the painting. The benefit of this technique lies in the emotional response experienced by the audience. What could be overlooked on a museum wall is repeatedly represented in Rankine’s final pages to bring the reader to a moment of reflection. Ending the book on a reflection of words and vivid images serves to keep the lessons of the text relevant and clear.

Claudia Rankine’s Citizen is an honest collection of events pointing out the racial flaws in society. The art in this book is embedded within the text, matching the stories being told. One of the main stories told in Citizen is about gold medal winner, tennis guru, Serena Williams and her battle with several referees for correct calls during matches. Through the racial injustices, Serena realizes “every bad call blossoms out of history”(Rankine, 32). This sculpture by Nick Cave is meant to show how history has a way of covering its tracks, making everything seem beautiful, like the flowers on the back of this person. These vibrant blossoms cover this person who is wearing a dark suit in an uncomfortable position. This stance parallels a reporter’s description of Serena Williams “Crip-Walking all over the most lily-white place in the world”(Rankine, 33). Serena Williams dominates the game of tennis that is considered to be a sport for the caucasion population. However, this is just another racial injustice made against the black population, putting people down for their success. This art expresses an eeriness from the person modeling the sculpture being overwhelmed with beauty, so much so that it weighs them down.

Uncertain, yet Reserved by Toyin Odutola

Rankine, later, throws emphasis on the tragedy that was Hurricane Katrina. This hurricane had devastating effects on everyone it hit, however it was the most devastating to the black population of the affected area. These people did not get the help they should have in this catastrophic time. They were suffering from “dehydration, from overheating, from no electricity, no power, no way to communicate” and just trying to survive (Rankine, 85). Throughout this chapter of Citizen, the question “Did you see their faces?” continuously pops up (Rankine, 86). Ironically, FEMA did not go to the areas that needed the most help because “it wasn’t safe to be there” (Rankine, 84). Even though it is FEMA’s job to save the lives of innocent people, they left an entire population of black people in danger of the hurricane while the white people were saved. This led black people to think “they forgot about us” (Rankine, 84). This artwork by Toyin Odutola is a counterpart to Rankine’s story, showing the audience the victims’ faces as the water consumes their being during the hurricane. The colors in this painting reflect off of the face like water does when people are near or under it. Black people said “we are drowning here” (Rankine, 85). A statement like that can only evoke so much emotion and thought. This is why art is so significant, especially in a book like Citizen. Art brings out emotions and makes an audience understand where other people are coming from without words. Citizen uses both stories and art to make the audience aware of the issues that history continues to repeat.

In conclusion the value of art to literature is immeasurable and the presence of outside art forms in text should be closely looked at. The meaning of a story or poem can be magnified and multiplied by use of artistic style or reference. Reader’s should stay attentive to what art is used in a text and the historical relevance of the work. As literature itself is an artform, a reader should always be conscious of the alternative art forms used to multiply meaning.