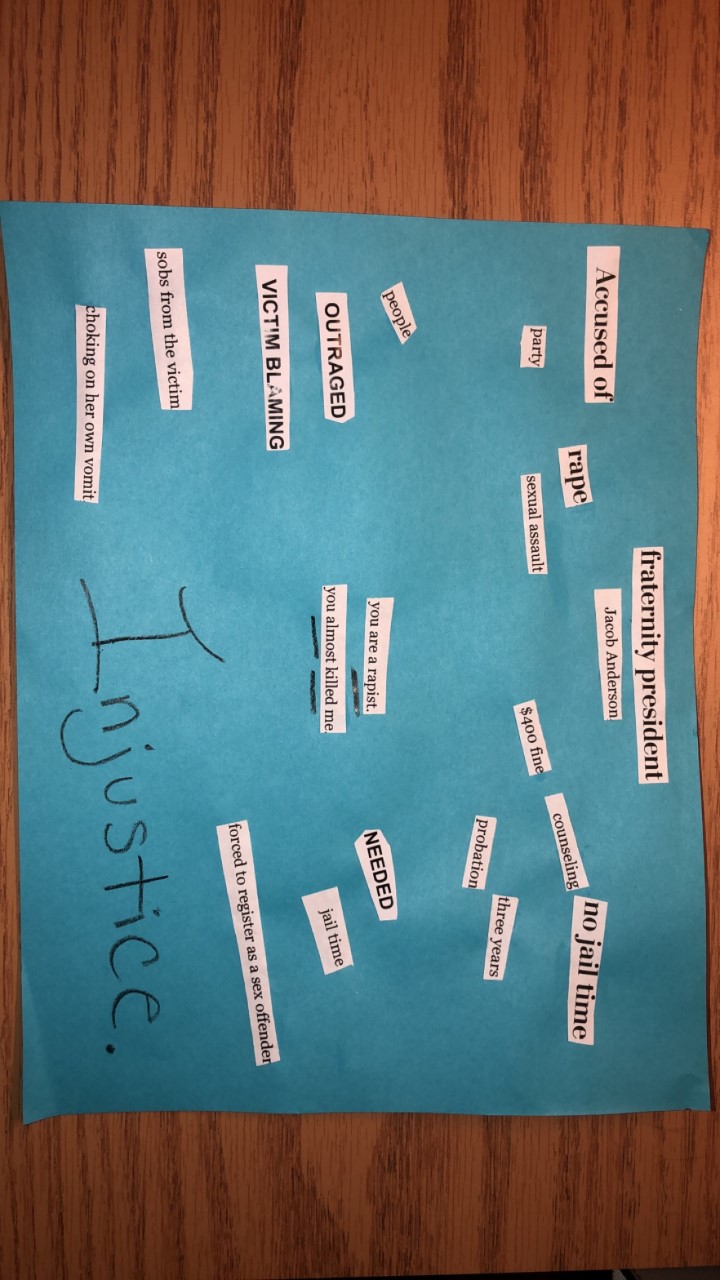 I chose a girl’s assault incident for my found poem. This specific case against Jacob Anderson, caused outrage among people because he received no jail time for his actions. Anderson only had to pay a four hundred dollar fine and serve three years probation for nearly killing a nineteen- year old and stripping her of her rights. I read this article from The Washington Post and was shocked when reading about the girl’s words towards her attacker. She said to him, “It must be horrible to be you” “To know what you did to me. To know you are a rapist. To know that you almost killed me. To know that you ruined my life, stole my virginity, and stole many other things from me.” When I read this, I could only imagine the pain that she spoke those words with. The trama that Anderson caused her is repulsive.

I chose to put the victims words in the center of my found poem to emphasize the monster that Anderson is and the magnitude of his actions that did not receive penalization. I was compelled to ensure his actions were exposed since the judge failed to do so. I placed his punishment at the top right of this poem to encapsulate how Anderson’s victim did not get justice. I felt the need to show a glimpse of her suffering in the bottom left of the paper to display the degree of her pain. The injustice that transpired during this case was unfathomable since it gives Anderson the opportunity to traumatize other innocent women for life. No one should have ever gone through what that innocent girl was forced to so the fact that there’s a chance that other innocent women could experience what she unfortunately had to is sickening.

One Reply to “Injustice.”